I have decided that, from time to time, I will post some book recommendation here on this blog. This is the first of this series, dedicated to a pair of books on the evolution of the human genome and the concepts of races / human populations. 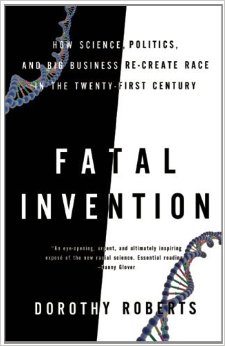 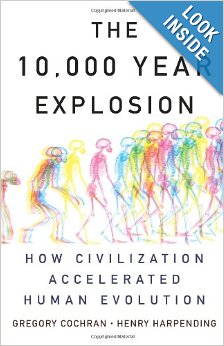 Fatal Invention is a book about the origin of the concept of race, and its implications for modern society and for science. The book starts with an historical overview of how this concept has been used in genetics, from the eugenics theories of the early 20th century, to the development of methods to cluster individuals into populations (e.g. Structure). This book also describes how the concept of race (or population) is misused in population genetics, and highlights the consequences of this mis-usage for the current society. One important chapter is the one about BiDil, describing the true story behind the first “population-specific” medicine, and the scam behind it.

The 10,000 Years Explosion is a book that defends the thesis that the human species has evolved rapidly in the last 10,000 years. The authors describe many examples of cases of genetic adaptation in the human genome, from resistance to malaria to milk digestion, and so on. They make the point that there are important genetic differences between human populations, and that human populations are still accumulating genetic differences nowadays. In my opinion, the authors sometimes exaggerate the evidences for selection events in human species, and they provide explanations that do not convince fully. In any case, the book is a fantastic review of many articles and evidences of selection in our genome, and a point of reference for those working in this field.

These two books defend two opposite point of views. While Fatal Invention explains that the concept of population is dangerous for the society and that there are no important genetic differences among human individuals, The 10,000 Years Explosion defends quite the opposite thesis, proposing that the human genome is still under evolution. Since the authors have so contrasting opinions, reading both books allows to have an independent opinion on the matter.

I would strongly recommend both these books to any PhD student starting working on human population genetics. If you are really interested on this topic, there are also many nice articles in the literature: